My relationship with food has historically been a difficult one.

As a teenager I went on a strict diet – mostly made up of cottage cheese, crispbread, lean meat and fruit – to keep me at 7/71/2 stone. That was the only way I could feel reasonably good about myself and my body.

Even so,  I didn’t think anybody could possibly find me attractive, and I struggled with a very limited life.

If I ever did ‘let go’ and start to eat anything even remotely fattening, my mood plummeted as my weight gained. The only way I could cope was to start restricting my eating again. I had no concept that help or support of any kind might be available; it was a very private and lonely struggle that went on until my mid-40s. After an almost catastrophic catalogue of failed relationships and career stalemate I realised that I had to push through the internal barriers, and keep going until I came out the other side.

20 years on, at 66, I believe I have finally arrived at that point.

I weigh five stone more than I did in my teens, and though I am aiming to steadily lose some weight this won’t be my starving myself – not just of food, but of life.

There are many factors and influences that have helped me to get through, not least in recent years that of my partner, Trev, who makes me feel beautiful just as I am, inside and out. That’s a great gift to get at any age!

I’ve taken on board Buddhist teachings of all kinds, with one fundamental phrase being an enduring fallback: “The mind is a muscle and it can be changed.”

I’ve had to fight and work hard to train and change my brain and was fortunate to find the fight associated with a strong survival instinct when I needed it.

That isn’t to say that I haven’t had moments of self-loathing that threatened to be overwhelming. But I kept looking for and finding ways to be positive, including reaching out to others who were also struggling in the extreme.

I still won’t try clothes on in a shop changing room, and feel no need to put myself through that ordeal. So while this may be evidence of ‘avoidance’ lingering in my psyche, it’s a minor issue as far as I’m concerned, and doesn’t get in the way of me living my life in a full way, including enjoying delicious food. 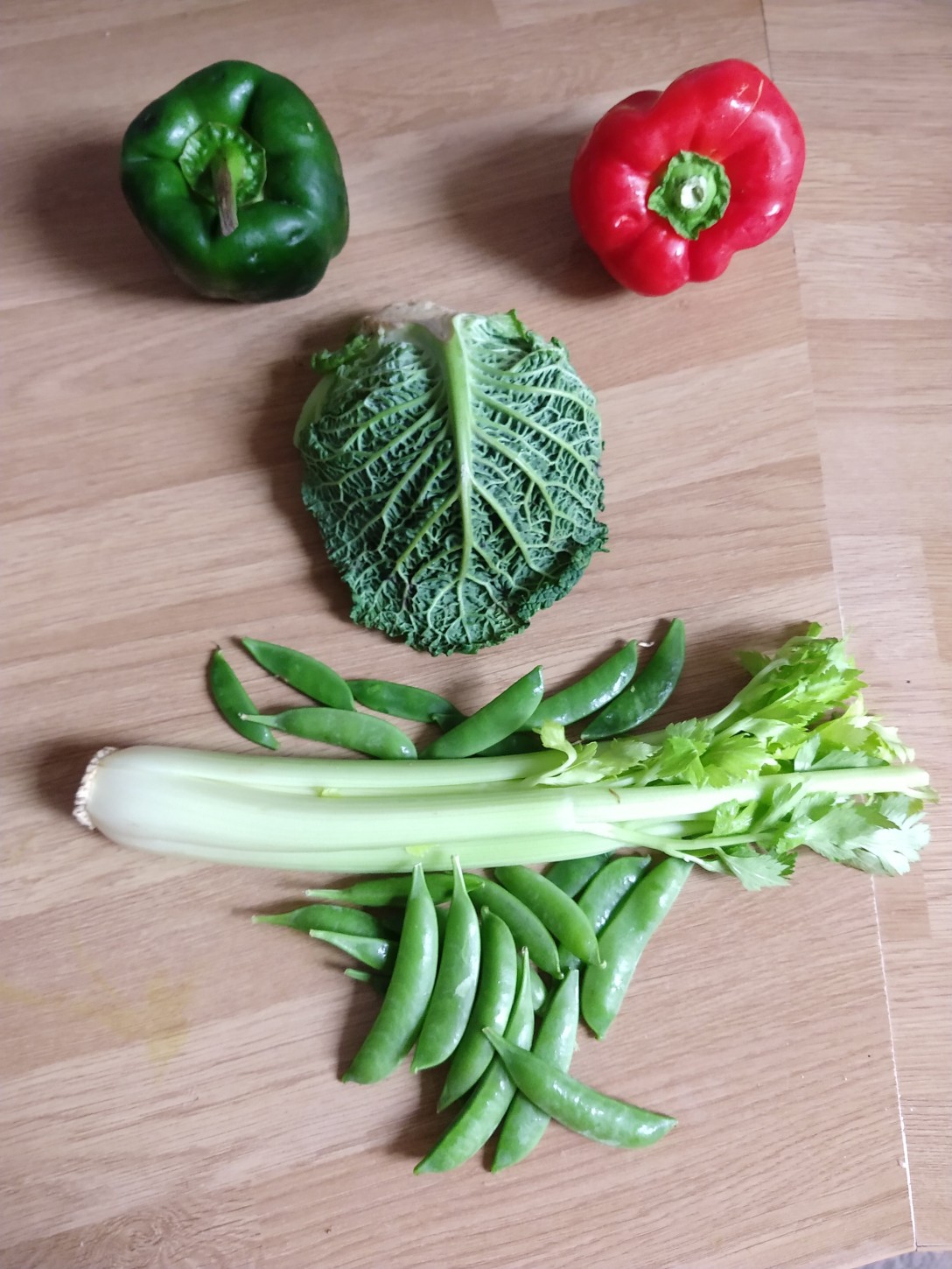 Cooking with leftovers isn’t a new concept, but it’s an important one.

I’m interested in reducing waste of all kinds. Reducing food waste in my own kitchen is something that I can and like to do.

My partner and I have different views about ‘waste’ when it comes to food.  When I was living on my own – which I was for some time before we met – I used to cook batches of food and either eat it for days on end until it was gone, or eat some and freeze some.

He, on the other hand, thinks that if he leaves something in a pan it’s going to ‘go to waste’ and therefore feels obliged to eat it (well, that’s his story!).

Anyway, because we both need to watch our weight, I’ve had to rethink my approach to batches and think more in portions. Apart from when I’m cooking soup.

It’s hard to overeat soup, by nature of it’s liquid bulk. And even if – when – we eat generous portions, the calorific value is relatively low (unless it’s laden with cheese, croutons, dumplings … but they’re another story).

At the weekend we indulged in roast leg of lamb with a herb crust, complete with jabron potatoes, sugar snap peas and Savoy cabbage. It was a great combination (with gravy, of course), followed by magic lemon pudding (I’d been massively remiss in not having made this for over forty years) and ice cream (delish).

So, there were a few sugar snap peas and some cabbage left, plus some sticks of celery and a couple of peppers which were ‘on their way out’ but got thrown in.

Added stock, a few splashes of things here and there (my secret) and, once cooked, liquidised.

The result was tasty, healthy, ‘slurp worthy’ soup that tasted so much better than anything out of a can.

Each batch of leftover soup is unique; once it’s gone, it’s gone. But it’s great just to conjure something up from odd bits and pieces, instead of throwing them out.